About Prison of the Hated Pretender

Prison of the Hated Pretender is great short dungeon written and illustrated by Gus L.

It is available as pay-what-you-want on drivethrurpg, and you really have no excuse not to grab it now, because it's a very good one!

I grabbed the PDF and printed and stapled it at home.

The 20-page pdf includes a backdrop village for the adventure, rumors and hooks, and the description of the dungeon itself, which has 10 keyed locations. It is "for 4-6 characters level 0-1", so basically a starting adventure.

It includes "universal" old-school statistics which are perfectly compatible with OD&D/BX/BECMI and their clones and pseudoclones. Treasure seems set to values that are appropriate for xp-for-gold systems, too.

It also includes an appendix with 5e statistics which, frankly, I didn't even bother to read.

Art is nicely evocative and the map is really good and included in three versions. 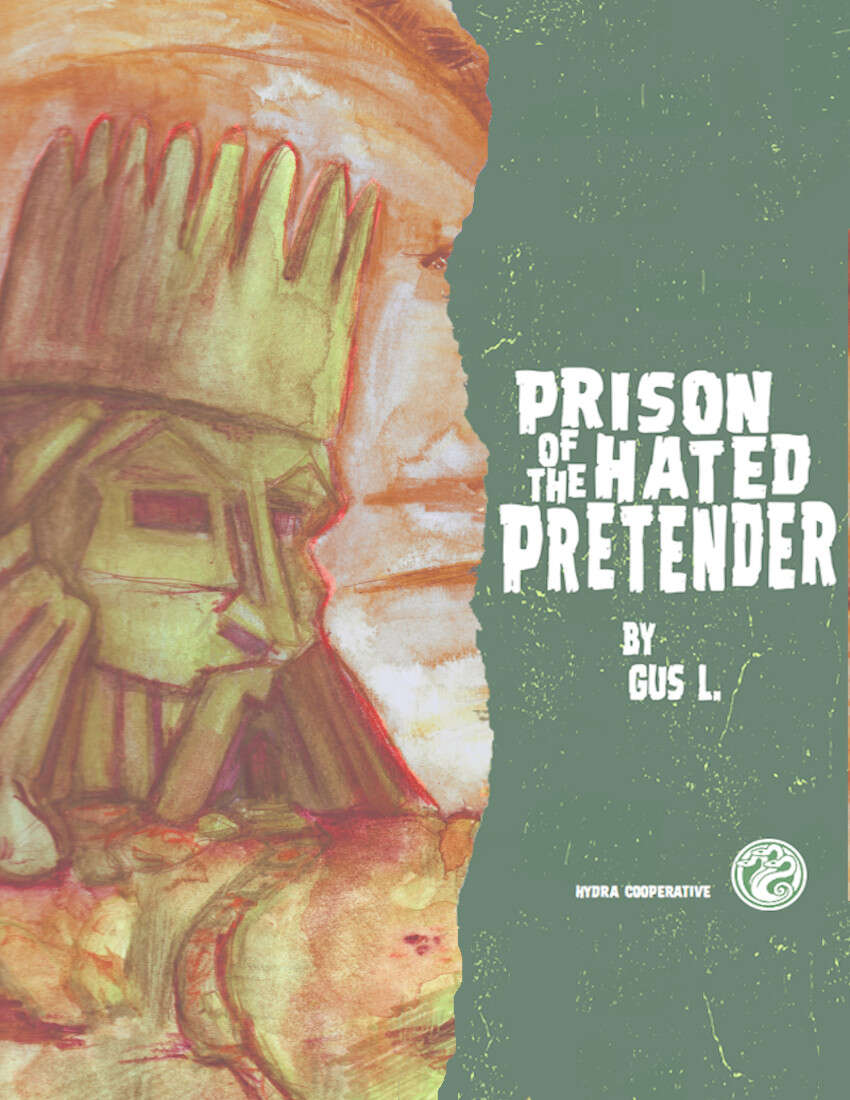 The Prison is not a dungeon proper, as it is above ground. It's a head-shaped, three-story tower of sorts, with an underground crypt. It's the crowned head on the cover.

Despite the small area, the prison definitely allows for multiple expeditions, because the place is full of interesting stuff to investigate and interact with, AND there's a faction of creatures that just keep coming on and on, until the players figure out what makes them return and how to prevent that, which means a typical group of the suggested level will be forced to leave fairly often, and plan to visit again.

In the 10 rooms of the Prison, there's pretty much everything a good dungeon adventure should have: faction play, possible non-violent interaction with creatures, mysteries to unravel, traps and hazards that are well described in their functioning and trigger and with ways to figure they are there, and treasure that is interesting.

Extra Feature: An OSR Essay on Dungeon Design AND Refereeing

PotHP also shines as an excellent guide of sorts for GMs who want to familiarize with the old-school style of play and adventure design, as each page has a box of text explaining the design approach of the adventure, the reasons behind it, and how to best run it.

The combination of "theory" and playable example truly is gold, and puts PotHP in the same category as Tomb of the Serpent Kings as great "educational" modules (and great modules on their own right).