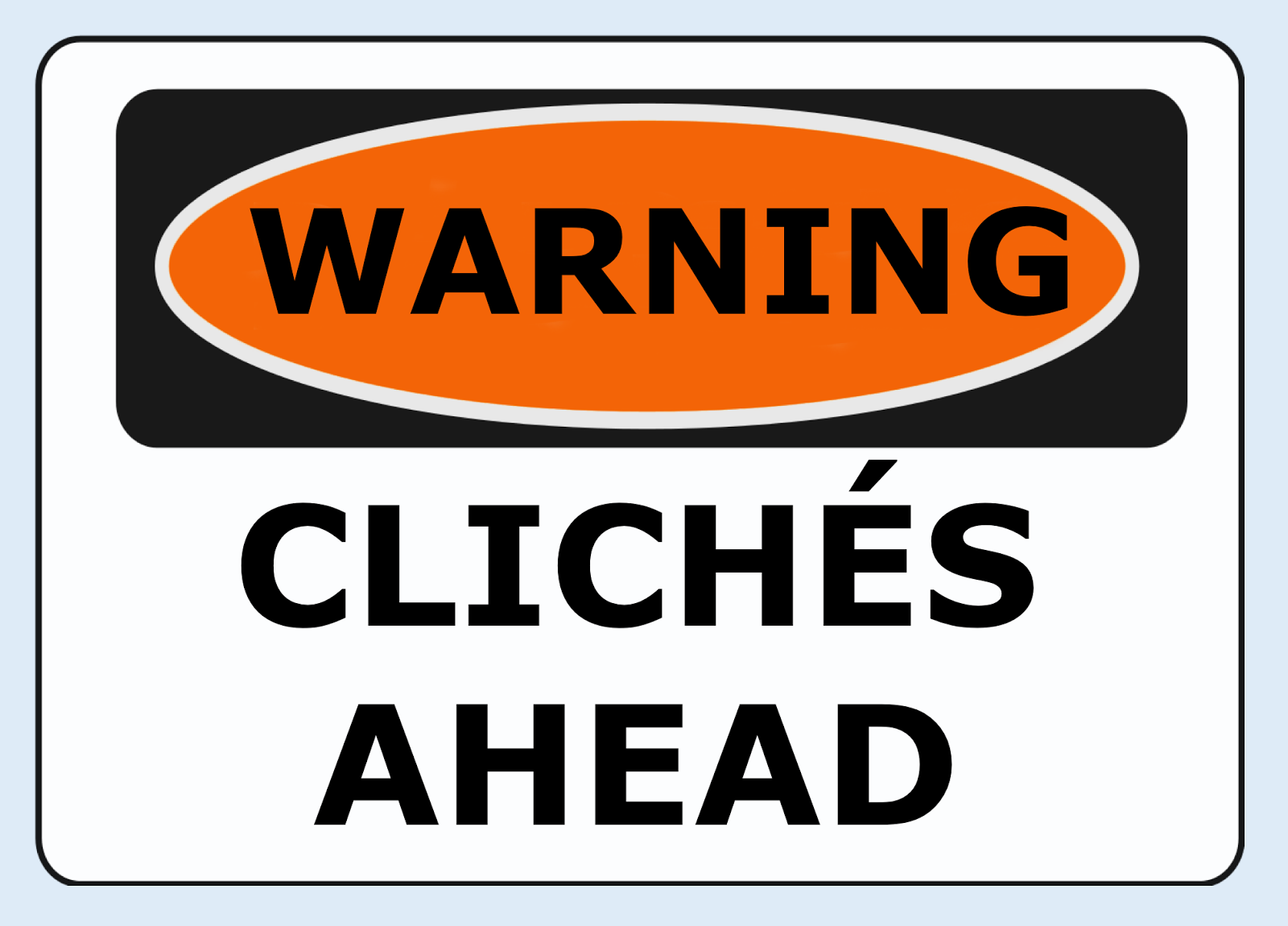 I've recently watched a video by a friend and rpg designer who advised GMs to avoid trite cliché dungeons such as the goblin lair cave, the undead crypt, the vermin-infested sewer, and so on.

That surely is sound advice, in general, unless your players are complete RPG beginners. But I feel there's more to be said about those cliché, and more than a little something that's worth saving about them.

I think those cliché, with their list of obvious places and situations, are actually very good, if you don't stop at that when designing your dungeon.

Why are they good? Because they empower player agency by allowing players to have solid expectations of what can be found. If the environment fits a logical scheme, you can make predictions and take meaningful decisions while exploring the place.

This can, of course, become very bad, if all there is to your dungeon is the cliché place and situation. A dungeon adventure should be a foray into the unknown, and the trite goblin cave won't take you there at all, if all you put in it is the same old barracks, kitchen, prisoners room, wolves pen, throne room, and hidden treasure. Such places will make the dungeon easy to understand and navigate, which is good, but you'll need some extra work if you also want your dungeon to be more entertaining, challenging, and engaging.

One way to do that little extra work is to take time to come up with the dungeon backstory. That can be as simple as a three step timeline:

1. Origins: Who built the place? What was the purpose? What's left of the original construction?

2. Distant Past: Who occupied the place in the past? For what purpose? Did they modify it? What is left of their passage? Have they really left? Why? Also: Natural events such as cave-ins and floods? These can create new, unintended paths through the dungeon and have other consequences.

3: Recent Past: Have the current dungeon denizens altered the environment for their purposes?

Let's put this to work with the boring goblin lair cave concept.

1. It was a natural cave. Ok. Vast, with all the usual cool places of natural caves: crystal cave, pools, fungi, chasm. A waterfall too! Or it could be lava... but for this example I'll keep lava out of it.

2. Stone giants settled in! BAM. These 14' tall chaps smoothed and decorated a dozen rooms and of course left a stone throne, five huge stone beds, and clubs made from stalactites. What else? They may have carved the entrance as a huge giant face, or something more subtle, but definitely something goblins wouldn't be able to create. They might have buried their dead in deeper, hidden caves, perhaps protected by magic, and definitely with some big ass treasure. They might have had some stone elemental device/totem/altar, still working now, or needing repair or reactivation.

Why did they leave? Let's say they left because they were attacked. Two of their 14' tall stone skeletons are still in there.

3. Of course goblins changed the environment. They've brought in their stuff and the stuff they've pillaged from farmsteads or robbed from travelers, and set their little traps and alarms, and so on. A mushroom orchard, henhouse, pigsty?

This was literally written in 2 minutes, but now I have enough stuff to make this goblin lair a little bit more unique. They may have found a giant-sized ring which their leader uses as a crown; they may have gathered some cool crystals from the deeper caves; they may have used the stalactite clubs or giant bones as part of their wire traps. They definitely haven't been able to open the sealed, 16' tall stone door to the giant king's sanctum, of course.

Is this enough? If you want. But of course you can go on and make another round at the dungeon backstory, now filling it with details and events you can use to make the dungeon cooler. Some of these I've already come up with above. But what about the goblins?

This is where you take time to consider the activities of current denizens. Ok they are goblins so yeah they raid farmsteads and/or assault and rob travelers or small merchant caravans. Fine. But also boring! One way to make a better dungeon out of it is to think of specific, special incidents that have happened during such activities and that have consequences on the dungeon.

They might have stolen something unique which, while valuable, may also be dangerous. How about a caged cockatrice? Is it still in the cage, or of course they accidentally freed it and had to barricade a section of the caves? Or... a trunk of alchemical components? Sure they've been messing with it, which may have resulted in some mutated goblins, a proliferation of slimes, or a cauldron full of their "magic potion".

Is this enough? If you want. But of course you can go on. You know what's also missing to shake up the cliché? Some good old conflict for faction play! The goblins must have made enemies, and the mountains are full of dangerous beasts and monsters...

Ideas off the top of my head:

The deeper caves have been invaded by caecilias or frigging purple worms! Those stone giants' totems the goblins have been defacing? I guess their function was to keep those away deep down into the earth! Some still stand, but the goblins haven't figured out why the monsters stop pursuing beyond a certain cave. They've just carved a warning on the wall, like a crude drawing of a stickman (stickgoblin) sitting at the top of a tree, or falling headfirst inside a pipe, or is it a tornado with teeth?

The goblins have messed with the wrong guy(s). They always do. Here's a faction that wants revenge, or their stuff back. You can pick the sentient creature(s) you like from your bestiary, and this is the enemy that is stalking the area, looking for the lair, or waiting for the good moment to attack. Depending on what you pick, lots of different interactions with the party, the goblins and the dungeon may result. This can be a single, powerful individual patiently stalking the cave and killing the goblins one by one predator-style (and it goes straight into the random encounter table); or a group of lesser powerful creatures who were just waiting for a bunch of adventurers to get in and distract the goblins. Very different scenarios here if you go with, let's say, kobolds, neanderthals, or pixies.

Again, whatever you add, take time to consider the impact it may have on the dungeon. The goblins pissed off the pixies, ok, why exactly? Is there something they've taken from them, which can be found inside the dungeon, like a jewel, a prisoner, a magic bough?

Are the goblins aware of the threat? If so, they may have set up specific countermeasures and traps. And signs and consequences of previous battles should be there, including trophies, captured armament, warning posts. Their leader might offer a reward to the party if they can destroy their enemies.

Is this enough? Ok, it really is enough when you think it is. For such a dungeon scenario, you may really want to outline at least two personalities, with their goals, wants and needs. The cliché here would have a presumptuous but kinda dumb goblin king, and a devious, cunning advisor or shaman. You know what? Invert those, then put in a goblin princess who wants to escape and live her life. Or become queen. Or join the avenging pixies. Spend 5 minutes to give at least 2 goblins some extra reason beside survival to tell the party "hey don't kill me, let's work together", or "hey don't kill me, I have something for you", such information or actual help.

This can really be enough now. BUT! One more way to play on the cliché is to work on the reason(s) to go into this dungeon. The complete cliché scenario is the goblins have treasure because they stole stuff, kill them and it is yours. Coming up with something different adds a very impactful layer on the dungeon and how it plays out.

Three off the top of my head:

The group is hired to extract that rebellious goblin princess. Depending on who's commissioning the extraction, and for what purpose, she might be happy to come along, or be part of the problem. It might even be her own machination all along!

One of the stone giants' ancient devices must be repaired in order to stop the swarm of earthquakes that's been going on in the region. Hey, the goblins might actually want to help, if convinced (that's why you also want those caecilias or killer pixies in the picture).

Sometime after the giants' demise and before the goblins' arrival, the legendary bandit king hid one of his seven treasure trunks inside one of the pools of the deeper caves, and the party has found a partial map to it. Now the goblins become a completely accidental problem.

Ok, NOW I think there's enough meat to make a nice goblin lair cave that doesn't suck, while still be made out of a pretty cliché scenario idea.

One last consideration: Prison of the Hated Pretender, Tomb of the Serpent Kings and Ominous Crypt of the Blood Moss are cool dungeon adventures that closely fit the train of thought of this post, as they both start from a cliché scenario type (actually: the SAME cliché scenario type!), but feel very unique and are absolutely cool!