Diogo Nogueira is a one man band: game designer, illustrator and layout artist of Old Skull Publishing games.
His most successful games include:

Lost in the Fantasy World

He’s also designed Garden of Bones, one of the “Deadly Dungeons Hosts” adventures for Gold & Glory!
Diogo is also a father, a cat lover, and one of the few internationally known game designers from Brazil. 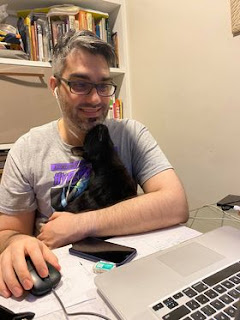 1 Hello Diogo. Tell us about your work as a designer, as if you were trying to explain it to my aunt!

I write, I draw and I combine the two things in a pretty and comprehensive package? Well, I love tabletop gaming, especially RPGs, that brings friends together to create something unique only they can create together. So I try to follow my heart and I create games I would like to play. I try to draw from many different sources, from literature, comics, cartoons, movies, other games, history and even our daily lives to make something that speaks to me and, hopefully to others as well. My focus is to make games with simple yet very flexible rules that allow people to play with as little preparation as possible, and requiring very little rules consultation during the game.


2 Sharp Swords & Sinister Spells was your first hit as Old Skull Publishing. What have you learnt about design in particular since its publication?

I’ve learned that the way you present the rules and arrange them is as important as the rules themselves. You may have a very tight and well thought system, but if the presentation isn’t good, it won’t seem it’s like that for many people. Graphic Design, Information Design and Game Design are actually way more connected than we think. I am still learning a lot and each new game I make I think gets me a little bit further in my practice. 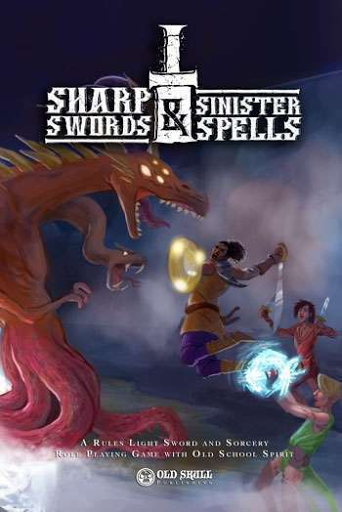 3 Dark Streets & Darker Secrets is defined as a “Street & Sorcery Rules Light Role-Playing Game with an Old School spirit”. That’s a lot! Can you explain the setting, and how the rules are Old School?

Street & Sorcery is my way of saying this is a sword and sorcery game in modern times. So imagine if Conan, Fafhrd and Grey Mouser and other iconic S&S characters lived in our world today, and you get Dark Streets & Darker Secrets. It’s a game that’s inspired by Buffy the Vampire Slayer, Supernatural, Dresden Files, X-Files, Grimm and so on. In terms of rules, it presents a modern and streamlined system that fosters the style of play presented in the Quick Primer for Old School Gaming and Principia Apocrypha. It focus on player’s skill instead of character powers and rules, it’s open ended, it encourages improvisation, the focus on emergent storytelling and not character building and so onz 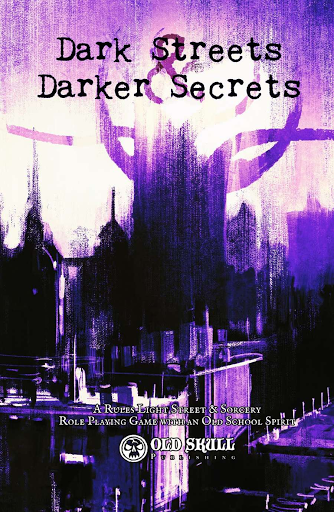 4 The Rumors rules in the Sharp Swords & Sinister Spells Addendum are, in my view, one of the smartest rules I’ve ever read, and the perfect example of how your games blend the Old School spirit with more modern solutions. Which are the modern games that you’ve appreciated the most?

I play everything. I love the OSR, but any games that seems interesting to me I do my best to try it and experiment with it. Some of the games that inspire me outside of the OSR are The One Ring, Cortex Prime, Genesys, Fate, Blades in the Dark, Fiasco. There are probably others, but it’s hard to keep all of them on your mind. There are so many cool games out there. 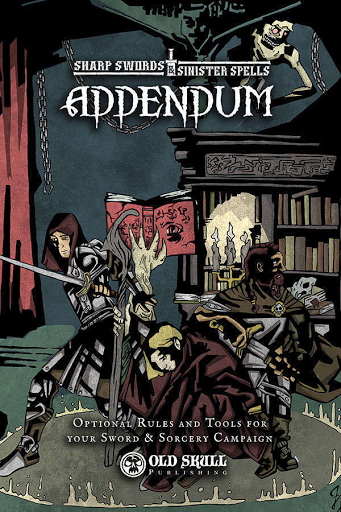 5 Crowdfunding has become more and more important for RPGs. Do you see that changing anytime soon? How would YOU like things to change?

I don’t see it changing any time soon, at least internationally and in the US. Here in Brazil Crowdfunding is not seen with good eyes anymore as many publishers have done less than reputable things with it. I like crowdfunding because it’s a great way to connect with a community and get people involved. It allows people to pursue projects they could not pursue by themselves alone. However, it would be great if the fees were reduced or if there was a way to give more visibility to indie creators in these platforms. I would love to say that I wish creators earned enough money to be able to fund projects themselves, but nowadays almost everyone is struggling. But I can dream. 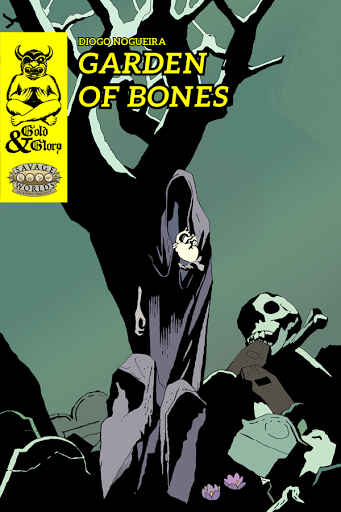 6 I know you are currently working on several games. The one that intrigues me the most is Descent into the Abyss, a Diablo inspired dungeon crawling solo rpg. A project that shares the same inspiration as Curse of Aufgartz... What can you tell us about it?

I can tell you that I have little idea of what I am doing, lol. Solo Game Design is a bit scarier for me because balance seems a bit more important because you won’t have the GM as a buffer and companion Game Designer to help you. The book has to do all the work. So I am experimenting with it and will probably release parts of it for people to play with and give me feedback. The goal is to make a Solo Dungeon Crawling game that feels like diablo but plays nice and easy. You will be able to choose different builds for your character. You will make choices before going to the dungeons that will affect the game. The dungeons will be procedurally generated, but will have unique tables and themes for each area (Cathedral of Death, Haunted Catacombs, Infernal Caverns and so on). It’s a love letter to a game I played a lot but also a reinterpretation of it.

7 If you could buy any franchise/IP for an RPG, which would it be? Tell us about the franchise and the game you’d make.

Gosh, that’s hard. I love so many IPs and would love to make games about them. This is the hardest question here. I think if I gotta pick just one, I would pick… Cadillacs and Dinosaurs!

8 Younger players. Any experience or tips you want to share? Has your experience as a father influenced the design of Lost in the Fantasy World?

Oh yeah, absolutely. I played with younger audiences before my son too as we organize Tabletop Events in schools here in Brazil from time to time. Kids and people new to the hobby have a lot of untapped creativity and they want to pour it all out on the game. And if you say no to them they will shut down. So try to say yes as much as you can, even if it a “yes, but…” where there are consequences or they need to pass a test of sorts. Some games are more loose than others and fit this style better. 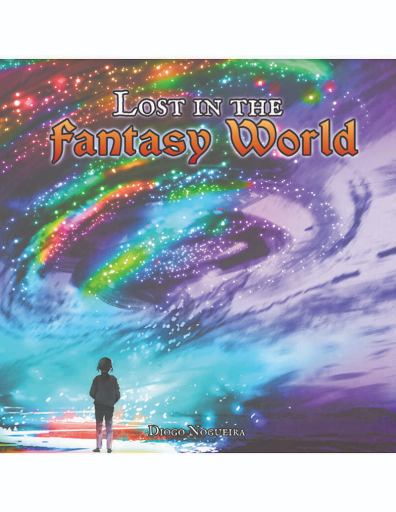 9 Your games are published by Gallant Knight Games. What can you tell us about your collaboration?

Gallant Knight Games is great! They do all the boring stuff for me and I get to just create things with total freedom. Not to mention being from Brazil, I am very limited geographically, ans GKG is able to take my games to conventions and deal with distributors more easily than I can. Not to mention that Alan Bahr from GKG is a great friend and a mentor to me. I’ve learned a lot with him.


10 You are the only game designer that I know from Southern America. Do you think your origin has affected your games? Have you ever felt as an outsider in the rpg community at large (in a good or bad way)?

I’ve been asked this a few times and I am not 100% sure if it has. I try not to think so much about it and being too close to analyze my own stuff, I think this is easier to answer for someone else. But I am starting to think it affects my stuff a little bit. Being from a country always under the influence of more powerful nations, I often associate power and influence with something bad. The distrust of authority, the way governments, corporations and people appear in my games may be shaped by my perception of reality from down here. And yes, I constantly feel like an outsider in the RPG Community at large, in many ways. The way that people talk about living of games, production and distribution, or simply their reality. I go outside the house here and I am always afraid I can get shot. People in my social media from other places seem really surprised to hear gunshots. Here it’s a constant reality. I wish it wasn’t.

11 I know, they were supposed to be 10, but I have one more question before we say goodbye. Please point us to a song you think we should listen to.

A song? Just one? I guess I will have to go with What a Wonderful World by Joey Ramone. It just fills me with hope and joy!