Here's a d12 table with twelve Magical Mishaps for your OSR game of choice, wether is Old-School Essentials, Labyrinth Lord, Sword & Wizardry, or any other clone of OE, B/X, or BECMI Dungeons and Dragons.

These are a preview from the new, alternate Magical Mishaps table that will be included Axian Library, currently on Kickstarter. 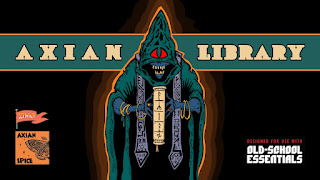 Of course the full table will include 100 results, to complement the original table from Wondrous Weavings Warped and Weird, totaling 200 different effects!

They are, in turn, a functional part of the whole alternate arcane magic system detailed in Wondrous Weavings Warped and Weird, which empowers the the players of magic users to break the rules of magic, if they are willing to take some risk....

These mishaps have effects that are not "Spell range is reduced by 10%". Who needs these? I don't. I want  actual consequences and the possibility to create fun, interesting, challenging situations that push the game and the story on.

Roll a d20. If the listed effect affects the target, and the intended spell didn't target a creature, the effect is applied to the caster.

If you like these, go check out the Axian Library for LOTS of similar content, optional rules, and more! 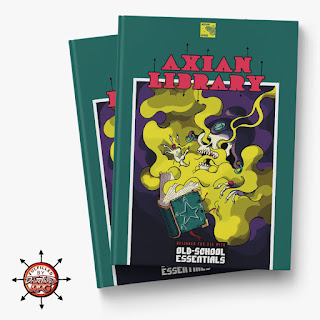