About In the Shadow of Tower Silveraxe

In the Shadow of Tower Silveraxe is one of the 'zines that were crowdfunded on Kickstarter during ZineQuest3. It's written and nicely illustrated by Jacob Fleming.

It comes as a stapled, A5, 64-page, black and white 'zine, with a nice color cover and a color regional map at the end of the 'zine.

It is a sandboxy adventure module for Old School Essentials, meaning you can play it pretty much as is with most OSR games, especially with OD&D, BECMI and B/X retroclones. 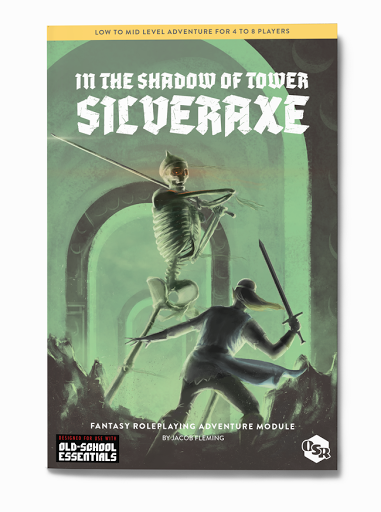 I've just read through it and I must say I'm absolutely happy I backed it! You may consider this a must have, if you and your players enjoy adventures with a really old school feel and gameplay (warning: this may include high lethality!). There is no predetermined storyline, you have rumors, locales and factions, and it's up to the players to explore and interact with the region, its dungeons and its denizens. 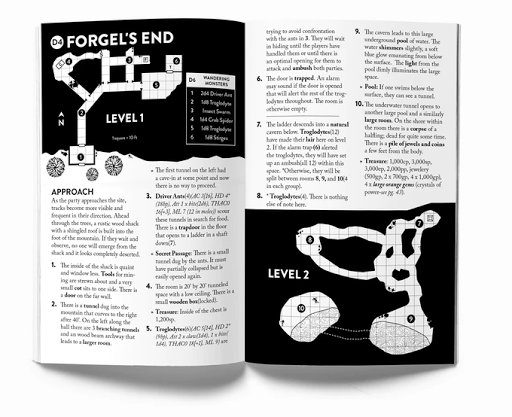 Silveraxe describes the Gemthrone Wilderness, a small region with the following details:

- brief history of the area 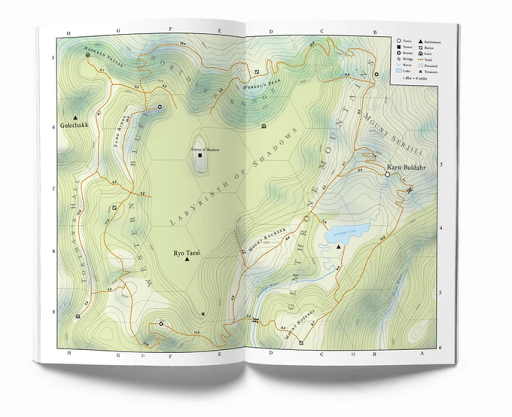 What's cool about it?

In 64 pages, you get A LOT of gaming, with enough information to play for months. No pointlessly long descriptions and backstories, just the functional details that you actually need, such as NPC motivations.

The region, dungeons and factions are frequently interconnected with rumors, clues and pieces of information (such as treasure maps) that will push clever adventurers to explore on and on.

The dungeons are cleverly designed and nicely mapped. They are quite small (7 to 33 rooms), which I like because that means most of them can be cleared in one session, usually have non-linear exploration (i.e. players can find multiple paths), and include at least one engaging situation, puzzle, trap, or secret, and often more than one in the case of larger dungeons.

The first printing, which I received as a Kickstarter backer, has some very minor editing flaws, but other than that, it's an awesome supplement with an excellent gaming/page count ratio.

After the Kickstarter, it is now available HERE in PDF, or HERE in print, if you want to check it out.

If you are into Old School, don't forget to check out my Lands of Legends 'zines designed for OSR hexcrawl/sandbox campaigns!