About Puzzle Dungeon: The Seers Sanctum

Puzzle Dungeon: The Seers Sanctum is a definitely interesting OSR dungeon adventure. It was originally launched during ZineQuest3, and is currently available at DriveThruRPG. 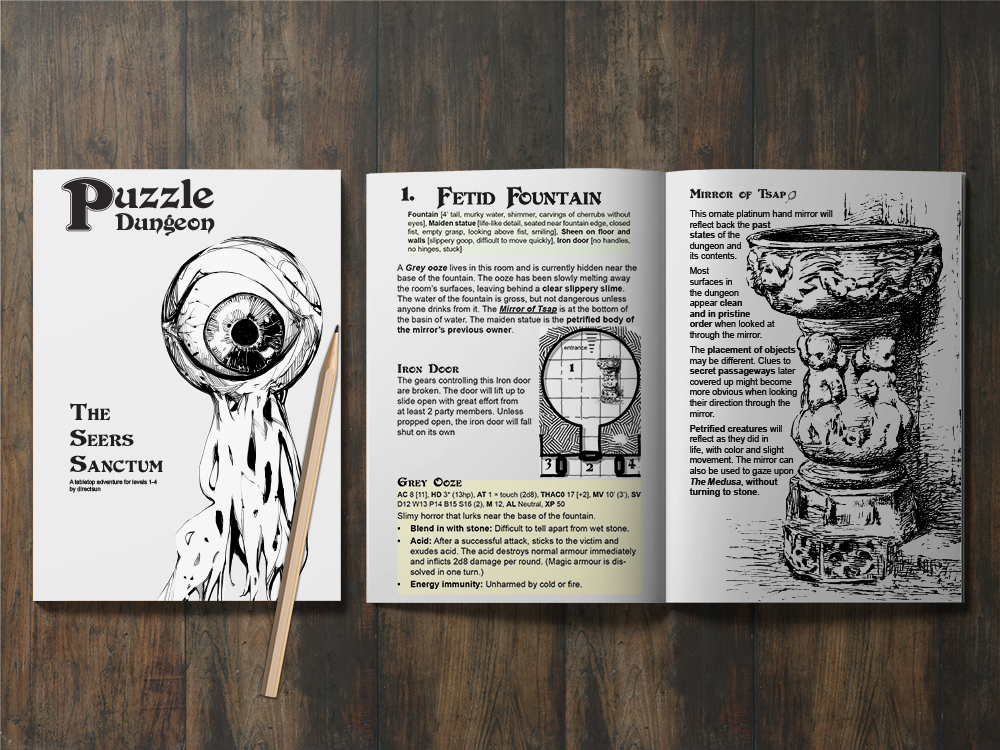 Some basic information. PD:TSS is a 22 pages PDF, offering a10 room dungeon adventure for characters level 1-4, with statistics that allow to use it with pretty much any odnd/BX/BECMI type of ruleset.
The dungeon is the underground temple of the long lost cult of the Seers, and sight is the theme of the whole place.
What's so great about the module? A lot:
Things I'm not completely happy with.
[Please note my observation is based on the PDF version I bought and printed at home last week. Later versions (especially the PDF) might have these little things fixed]
For those using VTTs, redditor StevenZivon has made a very cool map of the whole dungeon. 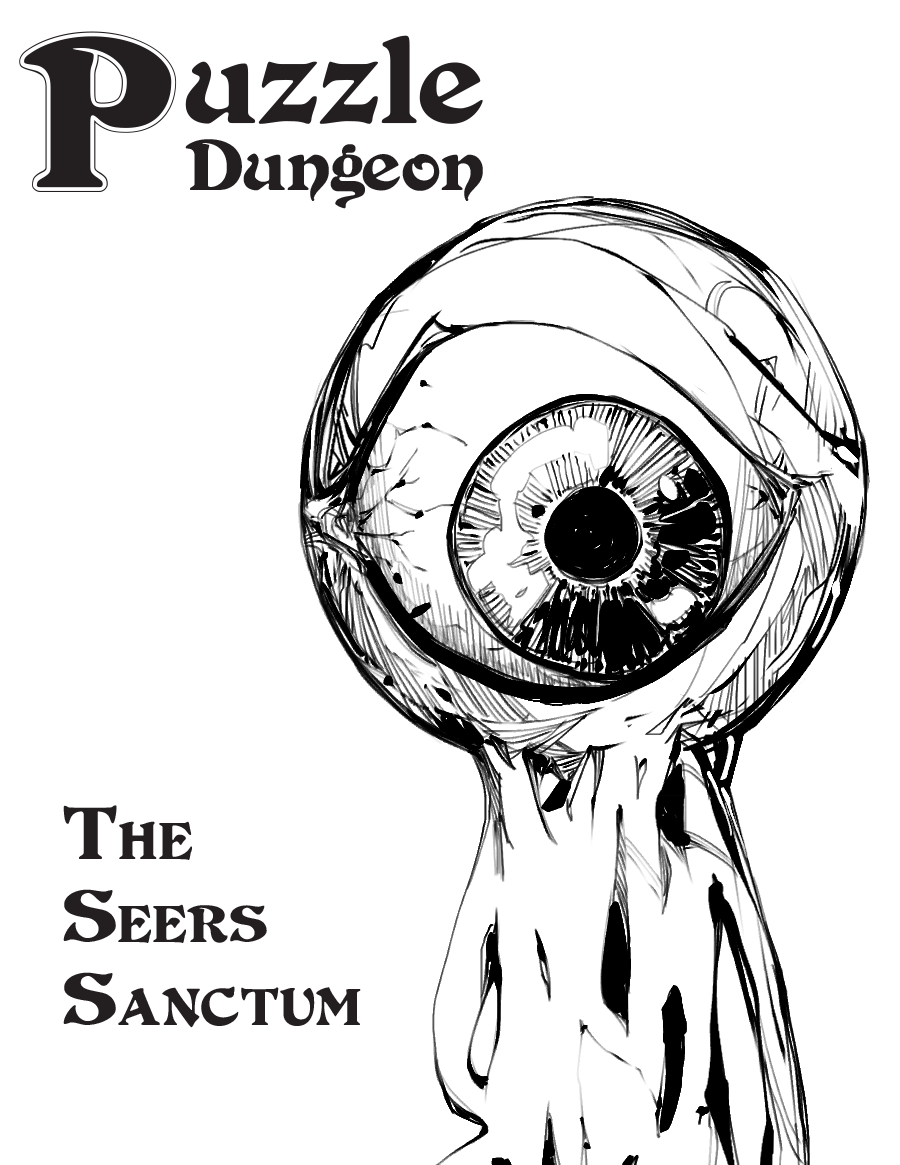