About Brancalonia, The Spaghetti Fantasy RPG

Brancalonia is a soon-to-be-released setting for Dungeons & Dragons 5th edition. It launched with a nicely successful kickstarter which ran through April 2020. 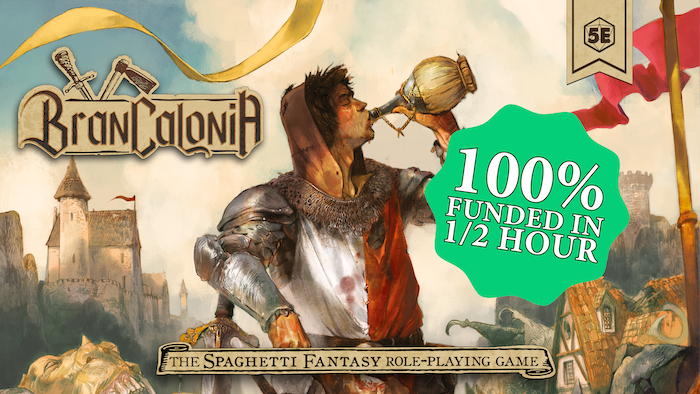 While the crowdfunding is closed, the game is available for preorder on the publisher site, Acheron Books. Oh and there's a neat quickstart folder that's free for grabs!

Even though I don't play much D&D these days, this setting is pretty close to my interests as it boasts an all-Italian team, which includes my long time friend Mauro Longo, blogger, novelist, rpg author, and gaming scholar (and we created Ultima Forsan and Tropicana together).

And I really enjoy two sides of the project: all that went into the setting, AND how focused the game is going to be. 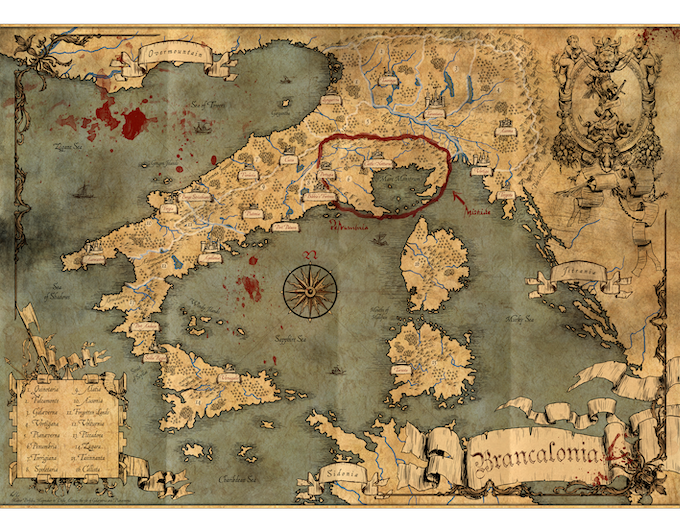 If you think this is going all epic and world-shaking like, I don't know, Eberron, think again.
The world of Brancalonia is a “back-to-front” version of Medieval Italy, an unheroic, picaresque and roguish world mixing references from over a hundred works of Italian fantasy tradition, pop culture, and collective imagery. That means it ranges from Pinocchio to Bud Spencer and Terence Hill, from the Sergio Leone movies to Italo Calvino and Dante Alighieri, picking up actual Italian folklore along the way. High brow literature meets pop culture meets tradition, in short, creating a fantasy that breaks free from the the same old dwarves and elves. It definitely is a lower-key fantasy than the usual D&D, with subtle and surreal wonders, depth as well as lots of tongue-in-cheek humor. All that, and stuff like being able to play a Pinocchio-like animated puppet!
Here's how it's described in the KS: 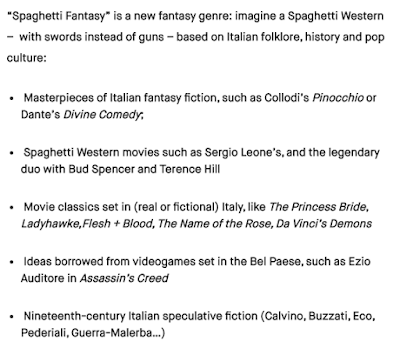 Now to the game itself, I love how they are designing a focused game experience: player characters are going to be a band of knaves working dirty jobs, cutpurses and cutthroats, mercenaries and treasure-hunters seeking the right job, roaming the kingdoms of a fantasy Italy, probably while fugitives from the law and their debts. All of this, while built on the D&D5E engine, is going to be supported with specific rules and useful tools.
Besides the usual and expected new races, classes, feats, spells etc., the book will feature special rules for Companies, Cronies, and Den management, and Bounties, Revels, and Prophecies. Those sound intriguing to me! 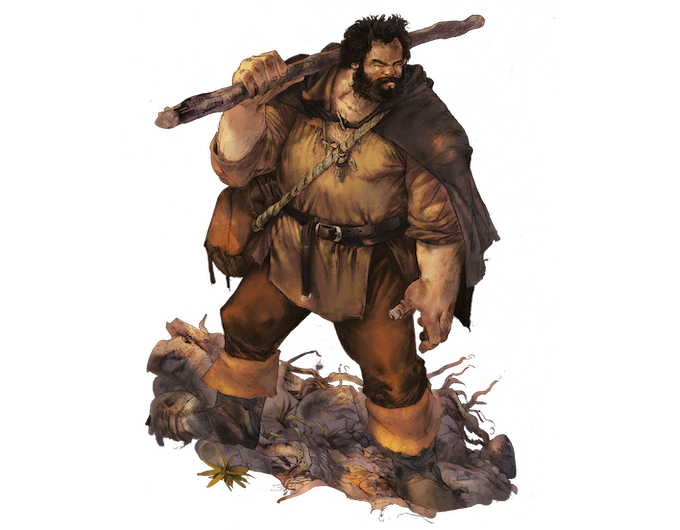 This big guy looks familiar... That's cool, right?
Now, as I said, Mauro Longo is a long time friend of mine, so I just had to ask him for some sweet, sneaky, inside-job preview, and he's passed me this: the Fairy Godfather! (art by Lorenzo Nuti) 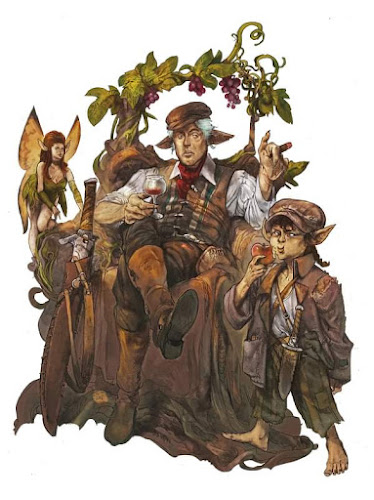